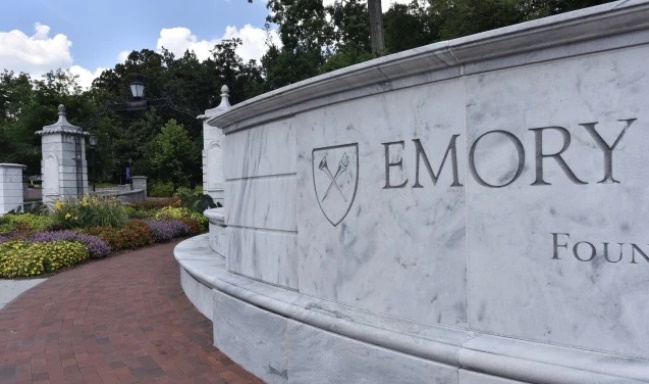 I decided to come forward and tell my story publicly to denounce Emory University and in particular The Wheel, their Socialist newspaper because of their arrogance and dishonesty. This people eventually think they are above the law because they have a bunch of money and attorneys and so they think it’s ok to abuse people. Anyway, this is still the United States of America and I am entitled at my opinion and I will do my best to post it out there as much visible as I can.

But let’s start from the beginning, here’s my story: I am an Italian teacher with almost 13 years of experience in teaching in the Atlanta area. At some point, I applied as an instructor at Emory Continuing Education that is a section of Emory University that teach classes to adults. I could not apply as a professor at Emory University because I don’t hold a Ph.D. but only a Master at the moment. They hired me to teach classes and they called me in to partecipate in the orientation and meet other instructors. During the meeting with multiple people they didn’t say a word about the paycheck and so I decide to ask just after the meeting. With my surprise I found out that they were seeking to hire people who could teach classes for free. I sent an e-mail explaining that I cannot afford to work for free and so I did not accept the job. After a few days they asked me if they could pay me $35 per lesson and I accepted at the condition that they paid me $50 per lesson. It is just unbelievable that a company like Emory that has millions, if not billions of dollars trying to make instructors work for free. And apart from that, I had to jump through hoops to get paid! First of all, I discover at the moment to receive my first paycheck that they don’t pay weekly, they don’t pay biweekly, they actually don’t even pay monthly! They pay you at the end of the semester! So basically you teach classes for at least 3 months (or more) without to see one cent! Can you believe that that comes from a multimillion dollar corporation? Me neither!

The past summer I had an accident and I needed cash to fix my car; well, I started teaching in January 2017 and I have been paid in July for that! That gives you immediately an idea about the kind of people we are dealing with because honest people don’t behave like that! If people didn’t need a paycheck to pay their bills, they wouldn’t go to work right? Emory simple does not care.

Also, hiring instructors as contractors are just a way to avoid paying social security, and that is already a fraud per se if you ask me. I have been paid at the end of January 2018 for the classes I thaught starting back in October 2017.

In spite of all that, I truly love to teach and, probably because of the high rates I have always had among my students, they proposed me to teach 5 more classes for the following semester. Here following the rates that I always show with pride since teaching is the joy of my life and I only feel sorry I couldn’t even say bye bye to my very nice students, because of what happened after a few days.


I have taught Italian grammar classes and Italian cultural and historical classes such as “Ancient Romans History” and “Italian Opera Appreciation”.